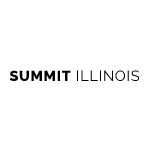 Argo Community High School's non-commercial student radio station, WARG 88.9FM, is now accepting local business sponsorship for its programming. Operating at 500 watts, the station blasts a variety of music and serves the southwest suburbs, while also putting its tunes on the Internet airwaves on their website.

The station's radio waves expand out from station headquarters at 63rd Street in Summit with a radius of several miles, reaching Berwyn to the north, Orland Park to the south, eastward to Chicago-Midway, and southwest towards Bolingbrook.

For a monthly donation of $25, businesses can sponsor a two hour weekly program. The sponsoring business will be mentioned four times per hour during the show, and will also receive mention on the station's Facebook page.

Interested parties within the village and surrounding communities are encouraged to email Todd Paulson, WARG radio director and Argo alumnus, or by phone at 708-467-5587 from 4 p.m. until 8 p.m. on weekdays.